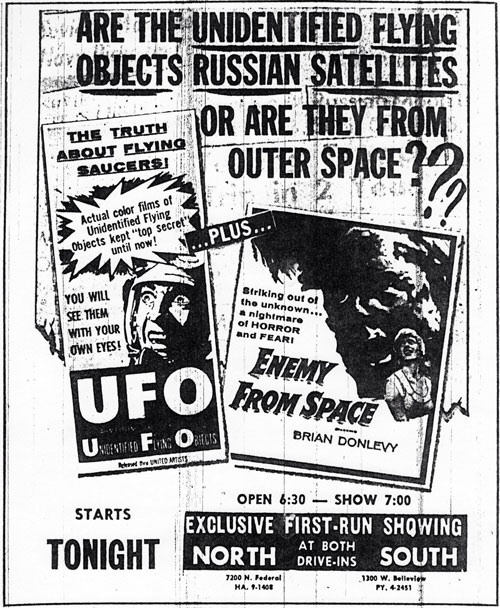 Located in Englewood, south of Denver. This was opened July 1, 1949 by Wolfberg’s Compass Drive-Ins. The opening feature was Clifton Webb in “Mr Belevdere Goes to College”. In the late-1970’s it was taken over by Commonwealth Theatres and closed in the late-1980’s.

Was part of the Wolfberg Theatres/Compass Drive-In Theatres chain.

Englewood is a city, not a district of Littleton (also a city) The South Drive-In was in Englewood, CO 80110. The park there now is in both Englewood (the site of the former South Drive-In) and Littleton which is across Belleview to the south. Belleview is the divide between the two cities.

The South drive-in opened on 7/1/49. I’m putting together a series of books on the Denver area’s drive-ins and indoor theatres. If anyone has questions on the subject, I’ll be happy to share my research with you. Thanks ! Ken Mitchell –

On its Grand Opening night, the South showed “Mr. Belvedere Goes to College” with Clifton Webb, the short “Spirit of ‘49” with Jack Benny, “and Color Cartoon”.

I’ve put together a booking history for the South Drive-in, from 1949 up to 1978 so far, in case anyone might like to know when a particular movie played there. I’ll be happy to share my research with you. Take care – Ken Mitchell ()