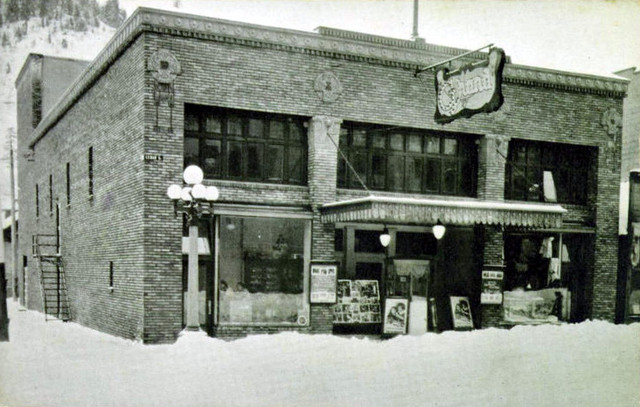 The Grand Theatre page at PSTOS says that the house was located on Cedar Street. A 1915 magazine item gave the location as Cedar and 5th. One of the photos at PSTOS shows that the theater building was the first structure in the 500 block, so the entrance was probably 503 Cedar. The site is now a parking lot.

Construction must have been rapid, as an announcement that Stritesky was preparing plans for the theater appeared in The Moving Picture World of August 14, 1915. Originally intended as a movie house, stage facilities were added to the plans when the town’s Masonic Temple Opera House was destroyed by fire.