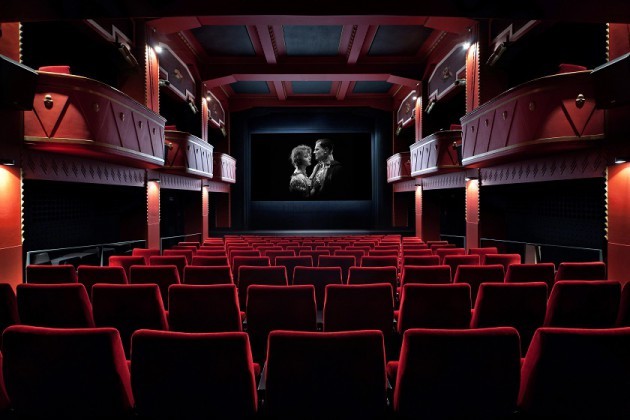 Originally built in 1923 as a purpose built cinema, known as the Palace Theatre. It was designed in an Art Nouveau style, with seating in orchestra and balcony levels. In 1946 it was re-named Cinema Dvor and later began screening pornographic films until it was closed in April 2008.

It was renovated, and re-opened on 1st October 2008, Kinodvor is now the leading art house cinema in Slovenia. It is also a lively cultural centre for all interested in film: it hosts Slovenia’s principle film-festivals and has a film-bookshop and gallery. In 2010 Kinodvor was recipient of the ‘EUROPA CINEMAS AWARD 2010’ for Best Young Audience Activities.