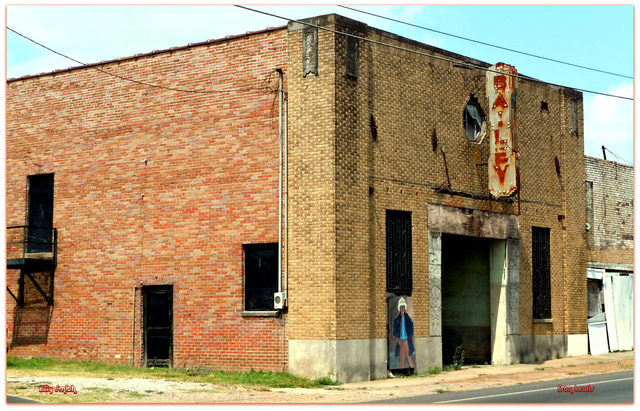 A great photo of the bailey in Tallulah.

The Bailey Theatre in Tallulah was part of a retail project called Bloom’s Arcade, built in 1930 by Abe and Mertie Bloom. The entire project, including the theater, was designed by Jackson, Mississippi, architect N. W. Overstreet. The operator of the house was Robert Lee Bailey, of Bunkie, Louisiana, who operated a regional chain of movie theaters.

By the late 1940s, the Bailey Theatres appear to have been taken over by the Southern Amusement Company. That company is listed as the operators on several projects for alterations to theaters designed by architect John M. Gabriel during the period 1947-1956. These projects appear on this partial list of Gabriel’s works. The Tallulah house was among them, but there’s no indication of how extensive the alterations were. Judging from the photo above, N. W. Overstreet’s 1930 facade, with its bits of oddly pre-Columbian decorative detail, remained intact.