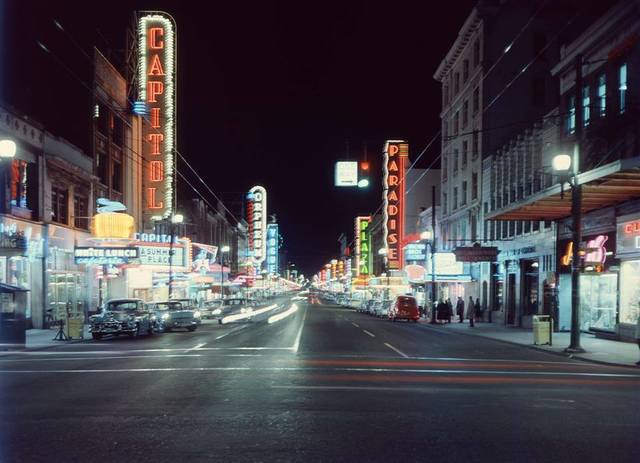 Originally opened as the Studio Theatre on March 30, 1949 with Michael Denison in “My Brother Jonathan”. In 1972 it was renamed Eve Theatre. It was renamed Lyric Theatre in 1978. Later going back to its Studio Theatre name, followed on May 8, 1981 when it became the Towne Cinema. I then became Vancouver’s 2nd Paradise Theatre in March 1989. Operating as a second-run movie theatre, it was closed in around February 2000. 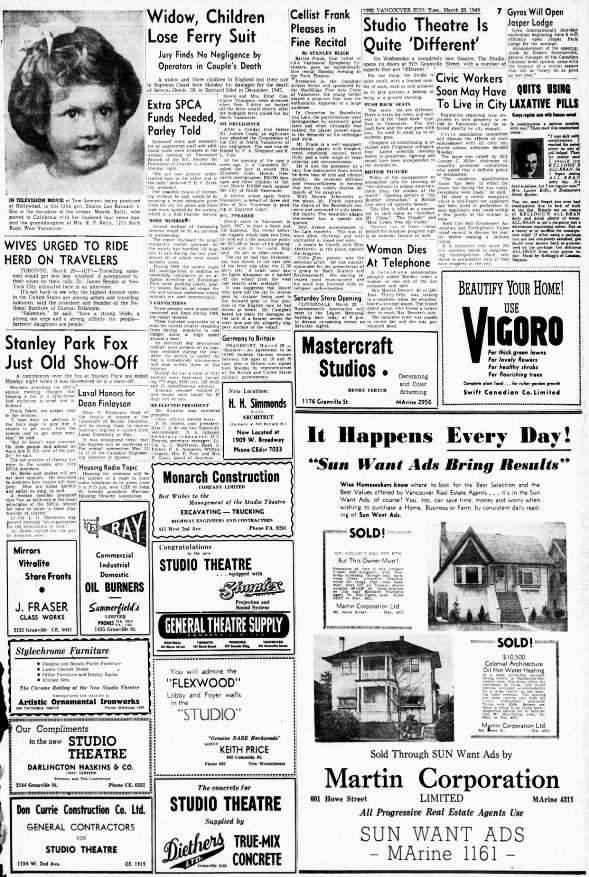 This reopened as Towne on May 8th, 1981. Grand opening ad posted.

Heres the timeline for this cinema. March 30th, 1949 opened as Studio by 20th Century Theatres

1993 taken over by Caprice Theatres