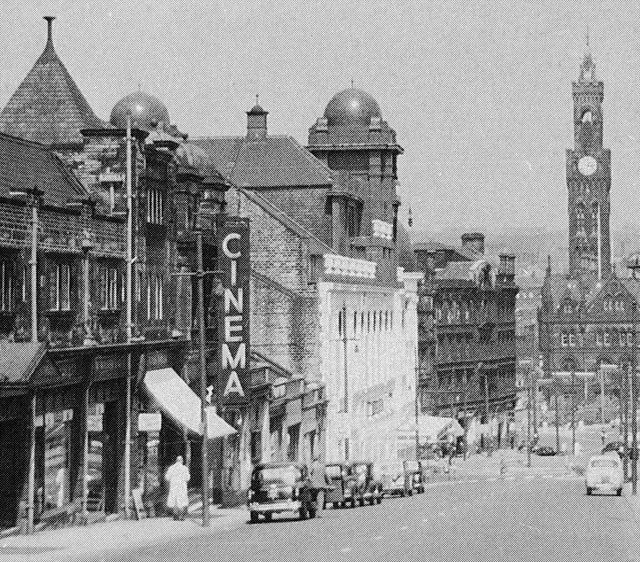 Alhambra Studio Theatre began life as the 1,300-seat Bradford (sometimes the Morley Street) Picture House, later it was known as the Majestic Cinema.

It opened as a Provincial and Cinematograph Theatre on 2nd April 1914 but was acquired by an independent in 1922. New Century Pictures took control in 1927 and then it passed to Gaumont who were well represented in Bradford with the New Victoria, St. George’s Hall, and the Empire. It was an early closure in 1956 and was transformed into the Majestic Ballroom. Bingo followed in 1965 which lasted until 1970. Then the building made a surprise return to films when under the Majestic Cinema name it became an Asian film centre.

Eventually it was acquired by the Alhambra Theatre who expanded into the screen end of the building to provide extra stage and workshop space whilst converting the rear of the auditorium into an adaptable Studio Theatre. The Morley Street entrance is now disused and the minor entrance on Great Horton Street has become the principal entry to the small theatre. There is very little trace of the original left inside.

Another view of the former cinema here:–

The Bioscope of Thursday 9 April 1914 reported that the Bradford Picture House, owned by the Bradford Cinematograph Company, was opened by the Lord Mayor & Lady Mayoress on the previous Thursday, i.e. 2 April 1914. It had a Chinese-themed café called the Café Rendezvous. Not many days earlier, 18 March 1914, the Alhambra had opened to the public. The screen of the Picture House was against the back wall of the Alhambra’s stage. The two structures would have been in construction at the same time. Old photos of the “Morley Street Waste” with a sign up declaring it to be “The site (for the) New Alhambra Variety Theatre” show the triangular patch of land bordered by Morley Street, on the left, Great Horton Road, on the right, and the municipal Windsor Halls complex to the south.