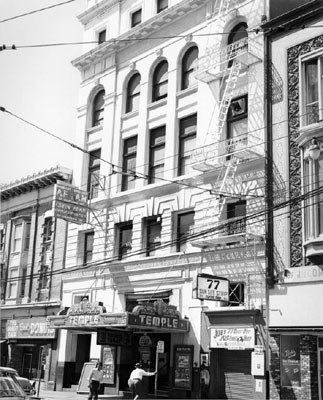 Located on Fillmore Street, near to Geary Street. The Class A Theatre was opened in 1918. It was on the first floor of the Members of Light Grand Lodge Building. It was renamed Temple Theatre in 1924. From around the 1930’s it operated as Negro movie theatre.

The Temple Theatre in 1964. View link