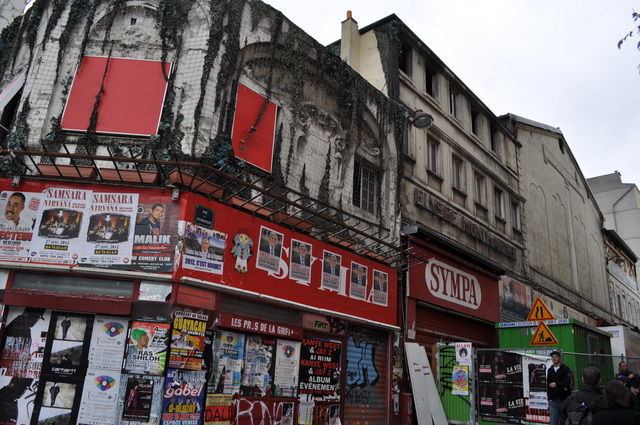 The Elysee Montmartre was opened in 1807. The metal columns in the building were designed by Gustav Eiffel. It was initially a concert hall, and later became a music hall, similar to the Moulin Rouge further along the boulevard.

Damaged by a fire in 1900, it was soon renovated. In 1907, films were being screened, but it soon reverted back to music hall use, becoming one of the most famous in the city.

In recent years it has been in use as a concert venue. Another fire occurred on 22nd March 2011, which closed the building until repairs were carried out. By March 2019 it had been renovated and re-opened as a concert venue. Part of the orchestra level has been converted into a Pret A Manger cafe/restaurant.

The Elysee Montmartre was classified a monument building in 1989.