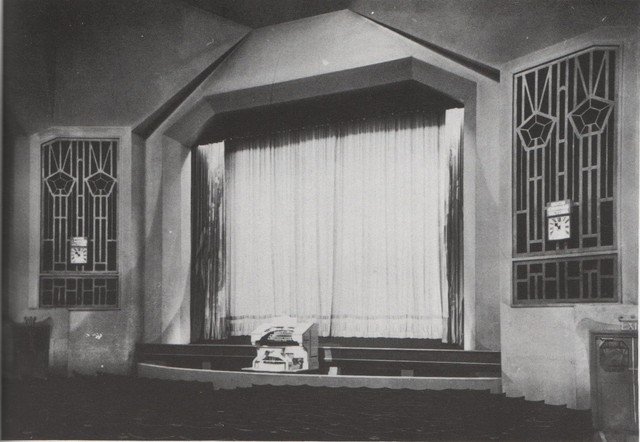 The Victoria Cinema was opened on 28th August 1931. Seating was provided in stalls & circle levels. The cinema was equipped with a Christie 3Manual/8Ranks organ, which was opened by organist Frank Matthews. There was also a restaurant for the convenience of patrons.

The Victoria Cinema was taken over by the Union Cinemas chain on 14th October 1935. They in turn were taken over by Associated British Cinemas(ABC) chain in 1938.

In October 1957, the Christie organ was removed from the building, to be used as spare parts for other organs. Following renovations, the ABC Victoria reopened on October 7, 1967 as a ‘Luxury Lounge’ cinema. In December 1972, the former restaurant was converted into a 139 seat screen, the cinema now operating as ABC Victoria 1 & 2. ABC 1 in the original auditorium was equipped to screen 70mm as well as 35mm films.

An arson fire on 4th December 1983 in the main screen caused it to close for two months while repairs were carried out. In December 1985, ABC sold the building, but it continued to operate on lease, and with the circuit having been sold to the Cannon Group, it was re-named Cannon Victoria. It was closed in January 1988.

The auditorium was demolished and a Marks & Spencer’s store was built, retaining the former cinema facade.

I remember the opening of the lounge cinema very well. Opened with a fanfare of trumpets and the first screening of Dr Zhivago in Cambridge. Fabulous evening but was it shown in 70mm?

Looking at Google StreetView, the façade seems to have been demolished and a NEXT store is in its place. Dates from the earliest view dated 2008. It was still there when I photographed it in July 2004.