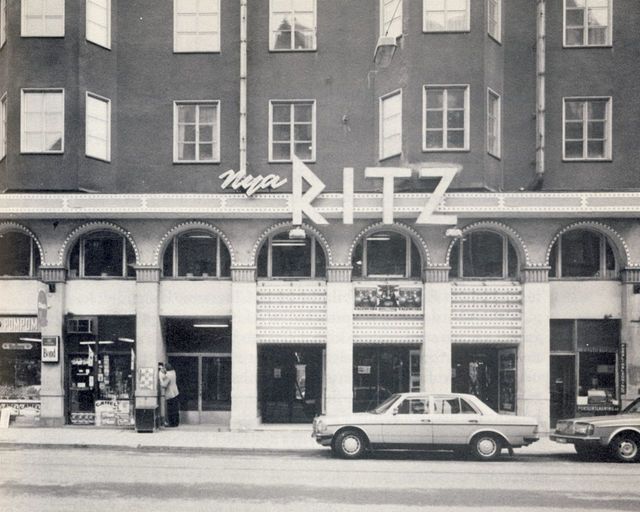 Opened as the Biografen Vidi on 29th September 1929. Seating was provided for 476 in the orchestra and 130 in the balcony. The cinema was built into part of an apartment building. In August 1930, it was renamed Biografen Ritz.

It became one of the premiere cinemas in Stockholm from 1957, when it was re-named Biografen Nya Ritz (New Ritz Cinema), and began screening 70mm roadshow films. The first being “Around the World In 80 Days” on 1st January 1958. This was followed by “South Pacific”. When “West Side Story” began advance booking in January-March 1962, screenings were sold out months in advance.

The Biografen Nya Ritz was closed on 25th September 1983. The former cinema became a recording studio, known as the Engelsberg Studios. By 2017 it was in use as a conference centre.