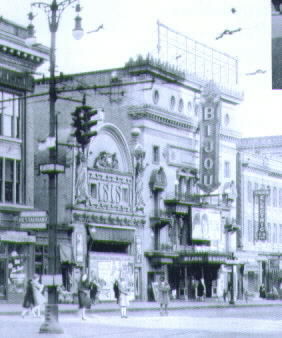 The Bijou Theatre opened on December 25, 1904 with a play “Running for Office” by Geoge M. Cohen. Vaudeville soon followed as the main programing. It replaced an earlier Bijou Theatre at 714 E. Broad Street which had closed on Thanksgiving 1904. Soon movies had been added to the program. In 1909, the Lubin Theatre (later Regent, Isis, Park) was opened adjacent to the Bijou Theatre.

From the early 1900s a postcard image of the Bijou(Strand) in Richmond.

It’s about time that someone put this theater on here.How about adding other downtown theaters to cinema treasures.

The Richmond Times-Dispatch of March 5, 1902, said that Jake Wells had returned from a visit to New York during which he had consulted architect Fuller Claflin and visited some of the city’s newest theaters in preparation for replacing his Richmond Bijou. Claflin’s firm, the Amalgamated Theatre Building Association, subsequently designed several houses for Wells’s Bijou Theatre Company, including the new Bijou in Richmond, the chain’s flagship.