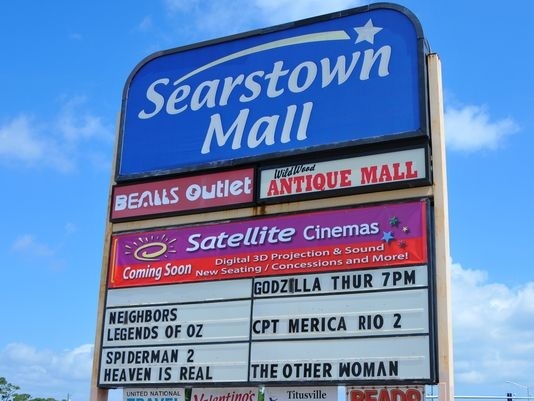 Located in the Searstown Mall, this opened prior to 1968 as the Town Cinema. By 1978 it was a twin screen cinema. Later operated by United Artists as a 7-screen theatre. It was taken over by Spotlight Theatres and three more screens were added. In 2015 it was taken over by the independent Satellite Cinemas chain. It was closed in 2018. It had reopened by 2020 as the Titusville Mall Cinema. It was closed on April 4, 2021.

This opened before 1968 as Town Cinema. Owned in 1970 by Orange State Theatres, Inc and in 1975 by Hallmark Releasing. 2 screens in 1978. In December 1989, This became the first Regal Cinema location as Mike Campbell buys it and names it Searstown Cinema. Expanded to 7 screens on May 18th, 1990.