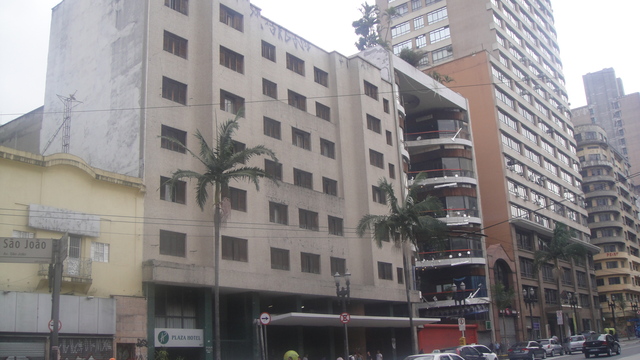 Located in the centre of Sao Paulo. The UFA-Palace was opened on 15th May 1936 with the German film “Boccaccio”, produced and distributed by UFA, and starring Willy Fritsch. It was built by the German film company Universum Film AG.(UFA) to screen their films exclusively. Externally, the building is quite plain, today made even plainer, by the loss of the curved marquee, and rounded columns on each side of the entrance which originally contained three troughs of concealed lighting.

Inside the auditorium had seating for 1,860 in the orchestra, and 1,279 in the balcony which had side slips containing two rows of seats on each side. The side splay walls contained three troughs, which were carried over the ceiling, and they contained concealed lighting. The whole interior was an excellent example of the Streamline Art Moderne style.

In 2009, there were proposals from the City administrators, to renovate the cinema, to become the ‘Radio City Music Hall’ of Sao Paulo. This never happened and by February 2018 the building stood unused.