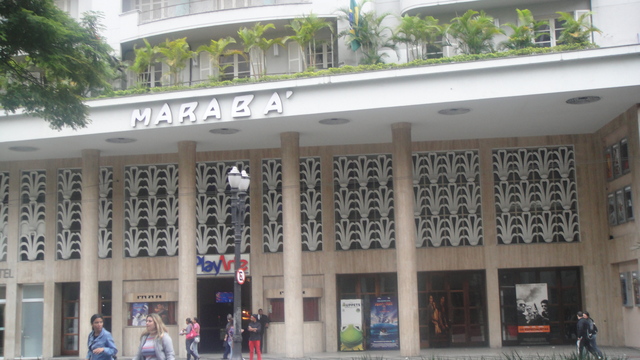 Located in the centre of Sao Paulo, opposite the Cine Ipiranga. The Cine Maraba was built by United Artists as a showcase for their films. The 1,655-seat cinema opened on 20th May 1944 with Claudette Colbert in “Since You Went Away”.

Designed in a mix of Art Deco & Streamline Moderne styles, it had seating provided in the auditorium on orchestra & balcony levels.

After many years operating as an adult cinema, it was closed in 2007. In 2009, it was taken over by the PlayArte Group who renovated and converted into a 5-screen cinema. The largest screen now seats 430, with other screens seating between 122 & 176.