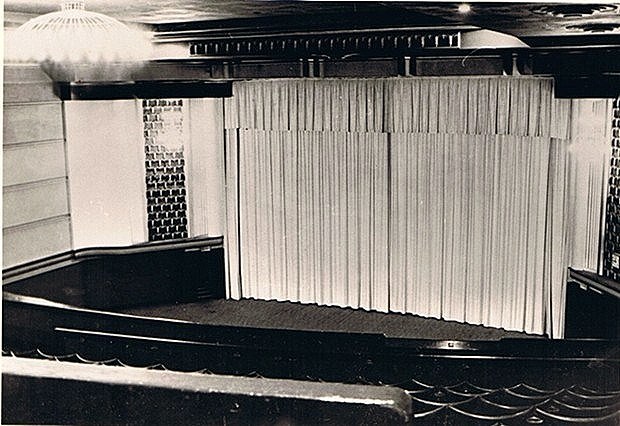 Built on the site of the Gaiety Picture House (which has its own page on Cinema Treasures) and located a short distance to the northeast of the main city centre in the Aston district. The Gaiety Cinema managed to open by the skin of its teeth due to the roof being on when World War II began in September 1939. This was one of the last pre-war Associated British Cinemas to be opened, as work had to stop on the remainder of the ABC’s that were under construction (the Savoy Cinema, Holloway, London opened on 5th February 1940). The ABC Gaiety Cinema was opened on 17th December 1939 with Robert Taylor in “Lucky Night” and Otto Kruger in “Black Eyes”. There was a Pathe Gazette, but I understand there was no formal opening ceremony. It was equipped with Ross GC picture heads and RCA sound.

In May 1963 it was closed for modernisation, and it re-opened on 4th August 1963 as the ABC Coleshill Street. In October 1964 it was closed to be equipped for 70mm when it had Philips DP70 70/35mm projectors, 6 track Philips Magnetic sound installed, and the new larger screen. It reopened 22nd October 1964 with Richard Widmark in “Cheyenne Autumn”, presented in 70mm. On 18th April 1965 the Midlands Premiere of “My Fair Lady” starring Audrey Hepburn was presented in 70mm. Soon after, a change of policy happened. The 70mm kit and extra rectifiers where removed and used on other sites.

This was one of the theatres I used to relieve the manager for his time off, until the ABC Coleshill Street closed on 29th November 1969. The last film was Beryl Reid in “The Killing of Sister George”. The closing manager was Arnold Lewis. The ABC Coleshill Street had a Compulsory Purchase Order placed on it and was demolished in 1970. The site was grassed over by the University of Aston.

A couple of small points. As the 70mm kit came from the ABC Bristol Road (which was being converted to 3 strip Cinerama), the projectors were almost certainly DP70s rather than the later DP75. As for only having the 70mm kit for eighteen months, Allen Eyles ABC book says the Gaiety had the Midlands premiere of My Fair Lady, which would not have been until 1966.

Further research shows that the ABC Coleshill St. (as it was known by then) closed for 70mm installation from October 11th to October 21st 1964. It opened the next day with Cheyenne Autumn in 70mm for a three and a half week run. The ABC Bristol Road closed for Cinerama installation in May 1963, so if the 70mm kit came from there it must have been in store somewhere for over a year.

Now that the British Newspaper Archive has belatedly got around to putting the Birmingham Post from 1965 online, it can be seen that My Fair Lady opened at the ABC Coleshill St. for it’s 70mm roadshow run on April 18th 1965 and ran for five weeks before transferring to ABC Bristol Road on May 23rd (it ran there for a further 21 weeks). It would seem that this was the old Gaiety’s last 70mm presentation.