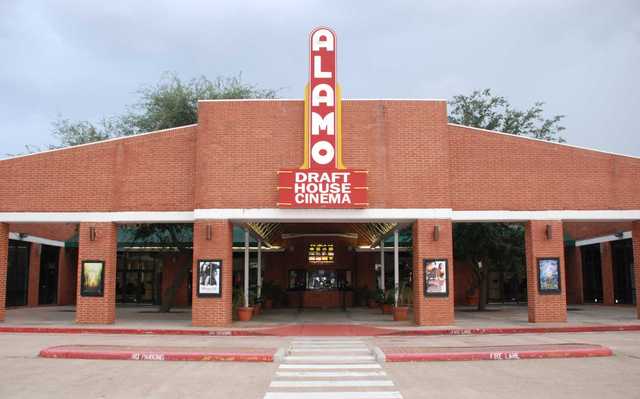 It should be noted that the Cineplex that operated this theatre is not the same as the Cineplex of Cineplex Odeon/Loews Cineplex. This company appears to have operated only in Texas and built a number of similar 6-8 plexes in and around Houston and Dallas.

So many were operated by Cineplex then Cinemark that I wonder if Cineplex was an earlier incarnation of Cinemark.

You are correct, Mr. Neff. The Cineplex that operated the Mason Park 8 was Cineplex USA. The owner was Jimmy Duncan. I worked for them starting in 1982 when I was still in High School as a Concessionaire at the Wind Chimes 8. Then I moved up to Usher, Chief Usher, Box Office, Chief Of Staff, Manager Trainee, floating Shift Manager between theaters, Assistant Manager. I helped open their Missouri City Central 6 location at 2292 FM 2234 Rd., Missouri City, TX 77489. I also helped open the Bear Creek 6, the Mason Park 8 and the Conroe Pine Hollow 6 which is now the Star Cinema 6. I haven’t been to Wind Chimes 8 since they became a Dollar theater in the 1990’s. So many great memories there: I was 17-21! After Cineplex USA started going out of business when General Cinema and Plitt open their theaters at West Oaks Mall and got all the best new movies, I moved on. I tried to get on with Loews at their Loews 6 theater in Stafford as their Concession Manager but they didn’t hire me. I was then hired by Cinemark at their Westminster Theater at Westheimer and Old Westheimer in 1987. I was one of the assistant managers and also worked as a Projectionist. This was when Cinemark was still a new kid in the Theater business. I left Cinemark in the early 1990’s to go to the beautiful Cineplex Spectrum 9 on Augusta. I was the 2nd highest manager there, just below the General Manager who by the way was hardly ever present (he was always at strip clubs. He would come in drunk with his face covered with lipstick at 1 am) until 1995. I also worked at the Cineplex River Oaks whenever they needed a Manager to cover. I was sad to see both theaters close and then later demolished. Aaah.. the good old days when I was in my 20’s!

Oooops, forgot to say (Getting old, my memory is going) that Cineplex USA also had a movie theater on Southmore in Pasadena. I went there a few times to help out. I saw Beverly Hills Cop and Terminator and City Heat (with Clint Eastwood and Burt Reynolds) and Evil Dead II (1987) there.

I believe this was also a Loews Theater prior to becoming an Alamo Drafthouse. As a Loews, I had been here before mainly with my cousins who lived in Katy at the time. The movies I believe I saw here were Shanghai Noon and George of the Jungle.