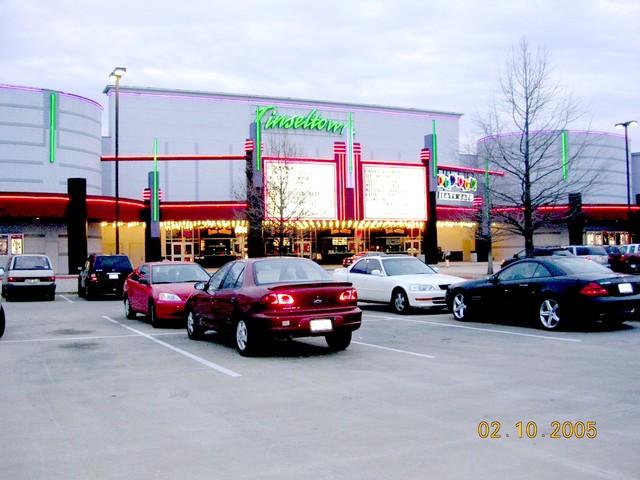 This opened as Tinseltown Grapevine on December 8th, 1995. I do not see the “USA” in the theatre’s name at the grand opening ad, the 2005 photo posted here or just now on the website.

This theater was announced in May of 1994 and was similar to the 17-screen theatre proposed in Dallas at Forest Lane and Inwood Road that was vetoed by the city two months prior. (That project would end further west on Forest Lane at Webb Chapel Road.) Tinseltown Grapevine was on a 17-acre tract of land off of Highway 114 not far from the DFW Airport in Grapevine and the city was pleased with the 4,000-seat megaplex.

The $20 million theatre had two large, 600-seat auditorium with stadium seating and 75-foot screens. It was across the street from a former Rand Theatre turned Trans-Texas 8-screen location that was aging poorly. Tinseltown launched on December 8, 1995 four months after the Dallas Cinemark 17 had launched. As a gesture, Cinemark donated projection equipment to the downtown, single-screen Palace Theatre.

Tinseltown was a success with short order food and ice cream available at its pizza snack bar and large game room. Tinseltown’s success drove the Hollywood 8 across the highway to sub-run, discount status and then closure. Cinemark would add its branded, XD “Extreme Digital” and D-Box motion seating to the venue. In 2018, it would move the theater to all-recliner seating under the banner of Cinemark Tinseltown Grapevine and XD.