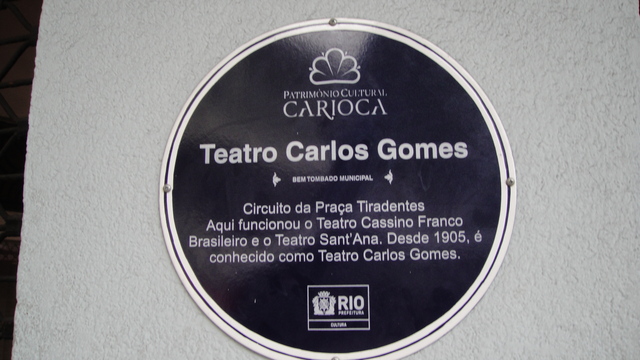 Located in the heart of downtown Rio, on the south side of the beautiful Praca Tiradentes at the corner of Rua do Sendo D. Pedro I. Originally on this site was the Theatro Cassino Franco-Bresilien which opened in 1872. In 1904 it was re-named Teatro Carlos Gomes. It was destroyed by fire in 1929.

The replacement Cine Teatro Carlos Gomes was opened in April 1935. It operated as a cinema until 1963, when it was closed and abandoned. Re-opened in 1988, it is now operated by the State, it is used for live theatre only, hosting Brazilian musicals, International plays and concerts, it is one of the largest theatres in Rio de Janeiro.