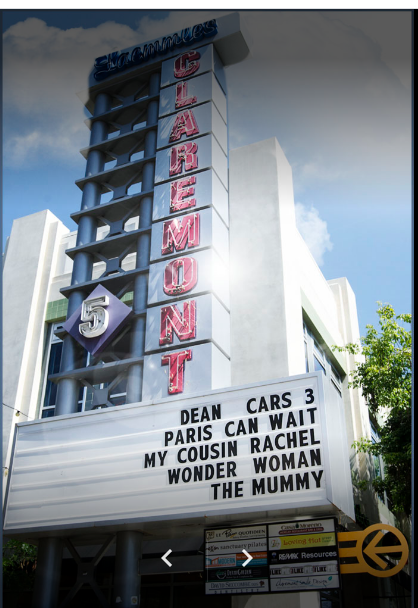 The Inland Valley Daily Bulletin announced the opening of the 816-seat Laemmle’s Claremont 5 on July 27, 2007. The theater is in an all-new building near an area formerly occupied by an abandoned citrus packing house, which was converted to shops and restaurants. A well-known theater chain was once considered for the project but the city determined that eight or nine screens would have been too large. The cinema, designed by the Tolkin Group, screens a mix of first-run, independent and foreign fare and has seating ranging from 110 to 260. Bob Laemmle said that the cinema was aiming for the people who would normally travel to Laemmle’s Pasadena Playhouse 7. The Bulletin noted that Laemmle Theatres, founded in 1938, is one of Los Angeles’ oldest theater chains.