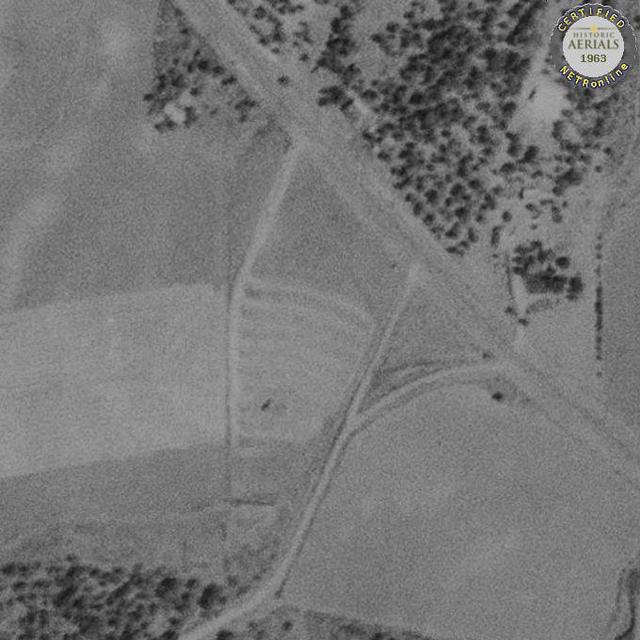 Found it. Approximately 3 to 4 miles west of Deer Creek at 5785 County Road G where it intersects with HWY 491 on the SW corner of the intersection. The general outline of the drive-in remains along with the screen foundation. I can’t tell if that is the projection/ticket booth or not, but it is in the right location. https://goo.gl/maps/kfdxM

Good eye, Kenmore! Historic Aerials shows that is the projection booth that’s still there. The screen was south of it, about where a cluster of buildings are now.

Oct. 17, 1963’s Steamboat Pilot of Steamboat Springs CO had a note about Small Business Administration loans in Colorado. The only entry we’d care about was:

Couple of clarifications: The Auto Vu was included in the 1955-56 Theatre Catalog, but in the Salt Lake City territory. owned by Neil P. Bolt and George Armstrong, capacity 130.

And Kenmore, the building that’s on the site now was built there between 1980 and 1993, based on my interpretation of Historic Aerials' images. It sits about where the back row was when the drive-in was active. Based on HA’s comparison tools, I don’t think that was ever the projection building.

Boxoffice, May 16, 1953: “DOVE CREEK, COLO. – Mrs. Elizabeth Young of La Sal, Utah, and her son Robert are constructing a 100-car airer three miles west of here on Highway 160. The ozoner will operate under the name of Auto-Vue. A May debut was planned by the owners.”

The “Auto-Vu Drive-in Theatre” held its grand opening on Friday, May 22, 1953, based on its ad in that day’s Dove Creek Press. The first feature was “Cripple Creek” with George Montgomery. Admission was 50 cents for adults, 9 cents for children.