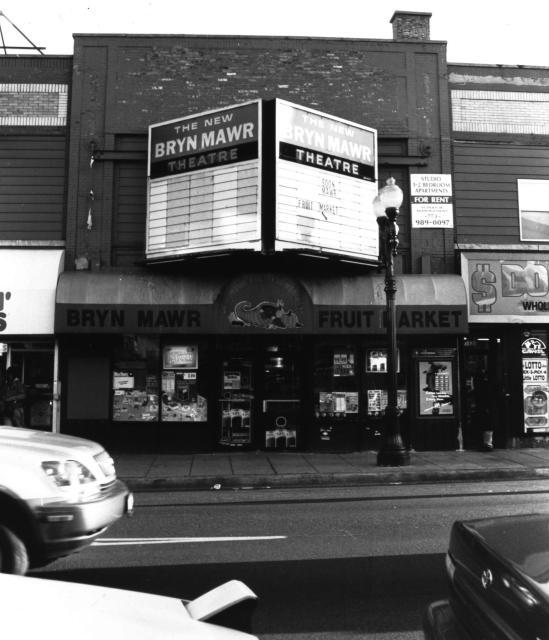 Opened in 1912, the Bryn Mawr Theatre is in the Edgewater neighborhood of Chicago. It was just steps away from the Bryn Mawr Avenue "El" stop, so it was located in an area which received heavy foot (and also auto) traffic.

Renamed the New Bryn Mawr Theatre on April 19, 1930. In the early-1980’s it was renamed Gar Wah Theatre, screening Chinese and mainstream Hollywood films. It operated until closing around 1988.

The former theatre served as retail and storage use for many years. It was vacant, available for lease in fall of 2016.

It’s too bad they can’t reopen the theater. Outside of the 400 Theater a few miles north, that area of the city is severely under screened. The 80’s lost The Granada, Devon, Adelphi, Howard. That’s a LOT of seats. Bryn Mawr east of Kenmore is looking a lot better than those seedy days of the 80’s. Just push for improvements west all the way to Broadway! It can look like Lincoln Ave north of Fullerton!!

O worked at the Bryn Mawr theater from 1975 until 1980. Mr. Praught was the manager, and the projectionist was named Maurey. It was owned by the Balaban Brothers. The AMAZING thing about this theater was behind the curtain. Back in the day, it was an old vaudeville theater. There were all kinds of old props in the caverns behind the screen. Thousands of old posters rolled up and in little cubbies. We used to go back there all the time. Until we got chased out by a rat the size of my shoe. That pretty much ended our trips back there. There was nothing better in the world…back then…then walking down Brym Mawr in the hot, city summer….and feel the cold air blow on you…just like an invitation to come on in.

Kellylo, those old props and posters if they are still there, and not chewed up by the rats could be worth a FORTUNE! I hope whoever owns the building doesn’t do something rash and just throws them in the dumpster when/if they ever renovate the theater. Would make a great decor!

The lobby storefront and theater are currently available for lease.

I caught a ghost sign on the rear of the theatre from the L yesterday, in the afternoon sun. I’ll have to get back up to that area and see if I can access the alley to get a pic.

I was finally able to get a halfway decent shot of the Bryn Mawr ghost signs on the South & East elevations of the building from the train. The East elevation is more legible, as there is a reflection of the train windows on the other one. I never noticed the one on the East elevation before, but it came out better than my intended one. Photo in the Photo’s section.

Just added a batch of pics to my blog! :–) http://mitchoconnell.blogspot.com/2018/02/chicagos-new-bryn-mawr-theatre.html