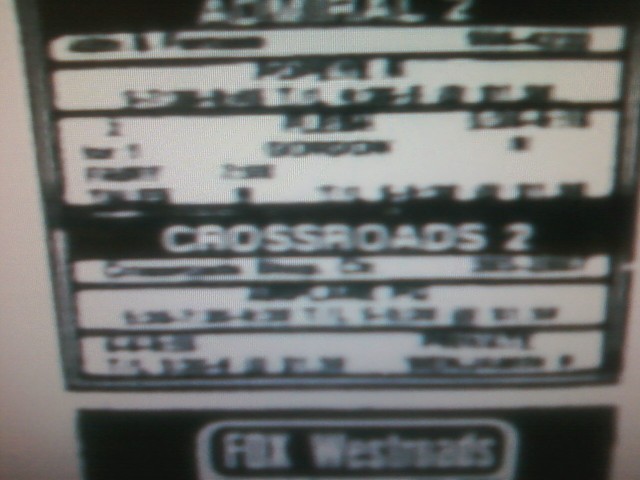 Found out this little Cinema was open until 1986 and was part of a Family fun center at Crossroads.

not alot of twins opened much past 1986.

It was located (still is located?) in the basement of the Crossroads shopping center. As that building is mostly vacant, does that space still exist? That’s why it was a twin… empty space utilized to show movies.

The entrance to the theater and arcade was on the south side of the building, where Babys R Us was/Eyemasters is located, to the east of Barnes & Noble.

Torstenadair, Thanks alot for the info! I have myself been trying to find a photo of this Cinema. When you say Eyemasters. Was Eyemasters right by Yonkers?

Ok checked the Mall out today. The space does not exist anymore. the Hallway to enter is gone. Target tore the hallway out for their store.

Ok got to check out the site where this was. A dumpster is now located where this Cinema once was in the basement. Quite a shame.

The Crossroads Shopping Center opened theatre-less on September 1, 1960. The Crossroads was renamed as the Crossroads Mall by 1963 and added the Crossroads Twin Cinema and Family Amusement Center in the late 1970s. It replaced the Game Gal-ry. Thirty gaming units were installed to take advantage of an arcade game spike caused by Space Invaders and high interest in pinball. The Twin opened with “Can I Do It…?” and “Good Guys Wear Black” on July 20, 1979.

The venue was not a success as multiplexes with 5-8 screens quickly dated twin screen cinemas. The Crossroads Twin went out of business with Empire Films' “Eliminators” splitting a screen with “Spies Like Us” and “Pee Wee’s Big Adventure” on March 14, 1986. The theater’s former space was demo’d out of existence in a 2006 makeover that kept the Crossroads going with a new Target store. But the Crossroads struggles continued never able to emerge from a greyfield / “dead mall” spiral. Its entire closure and demolition occurred just shy of its 60th Anniversary in 2020. 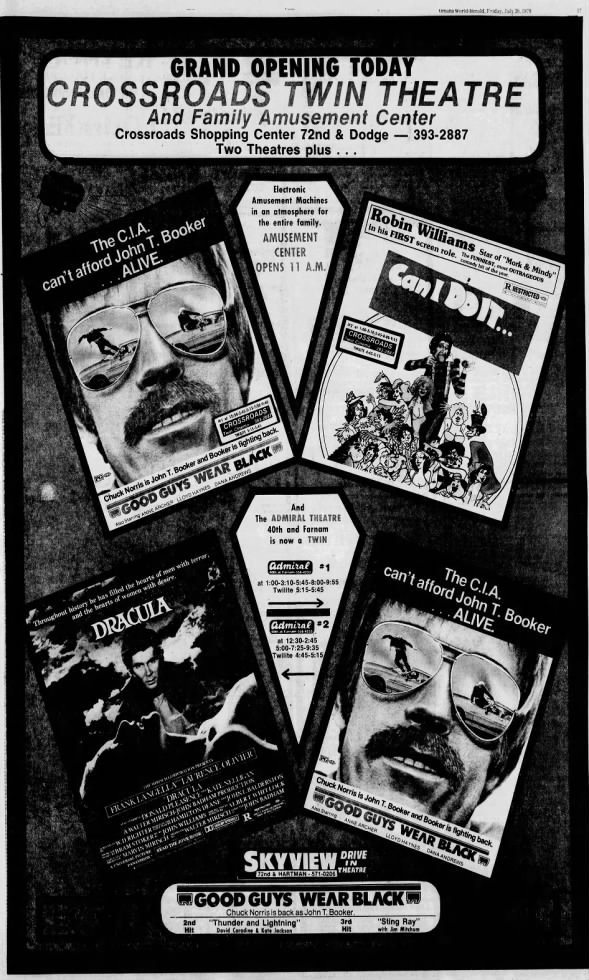