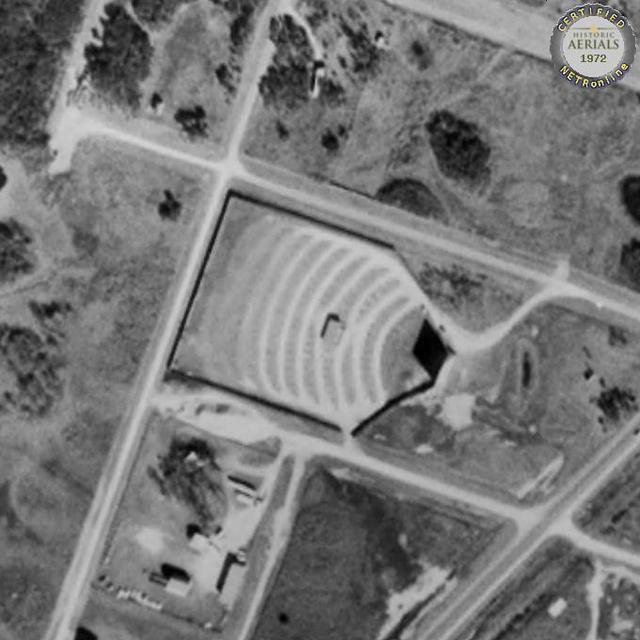 Located near the intersection of Texas Highway 35 and Loop 70 south of Rockport, Texas, the Cove Drive-In opened on April 12, 1953 with a capacity for 350 cars. The owner was Ed Barnard who also owned and operated the Surf Theatre in Rockport. The first show was “Abbott and Costello Go To Mars”.

The drive-in was closed from August 1960 until March 1961 for enlarging and remodeling. During this renovation period the theatre was sold to Emory M. Spencer. Shortly after ownership changed hands the Cove Drive-In was destroyed by Hurricane Carla in September 1961. The Cove Drive-In was rebuilt and reopened on November 30, 1961.

The drive-in was once again destroyed by a storm when Hurricane Celia swept through town in August, 1970. The theatre was again rebuilt and reopened on March 25, 1971. Tom Davis, former operations manager at the drive-in, took over ownership.

Manager Wesley Morgan relates that the drive-in was again heavily damaged by a storm in 1981 or 1982. Film distributors were then demanding higher rental fees and even a cut of the concession stand business. The projection equipment was old and needed to be replaced. No one wanted to put the effort into rebuilding the theatre again.

Part of the location, west of Highway 35, is now a boat storage barn.

Approx. location for this drive-in was across from 401 W 10th St.