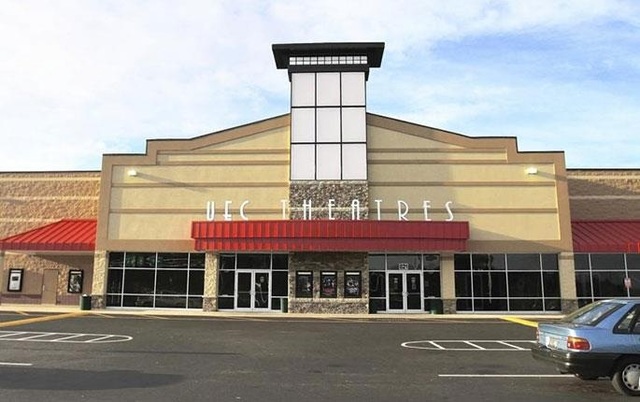 The building had previously been a Lowe’s Home Improvement Warehouse, which vacated the property prior to Hurricane Floyd in 1999. UEC Theatres bought the property in late-1999 and was able to keep Marquee Cinemas from building a previously announced multiplex in Rocky Mount.

The Premiere 12 featured twelve stadium-seating auditoriums, which local moviegoers preferred over the only competition, Carmike’s Golden East 4 Cinemas at Golden East Crossing. Carmike responded by re-opening the Cardinal 3, which had been flooded by Hurricane Floyd in 1999, as a dollar house in September 2000. The Cardinal 3 closed for good a month later, and Carmike abandoned Rocky Mount in 2003. By summer 2004 the Premiere 12 was (and remains) Rocky Mount’s only operating movie theater.

In 2005 two more screens were added and the theater was renamed the Premiere Theatres 14.

The Premiere 14 (originally 12) in Rocky Mount was UEC’s second location in North Carolina, opening two weeks after the Premiere 7 in Kinston (April 21, 2000). The Premiere 12 in Goldsboro followed in 2009. These three Premiere Theatres in Eastern North Carolina were never part of a chain called Premiere Cinemas.