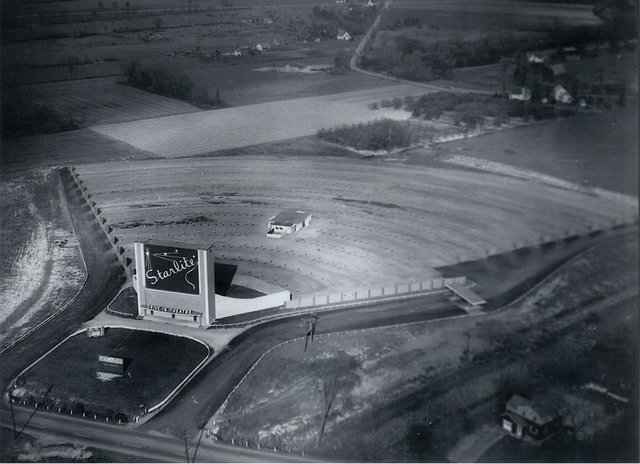 The Starlite Drive-In was opened on June 24, 1948 with Danny Kaye in “Wonder Man”. It was operated by Robert & Richard Hayman, who by 1955 also operated the Falls Autovue Drive-In in Niagara Falls. It was later operated by the Cataract Theatre Corporation who had taken over the Boulevard Drive-In and the Falls Auto View Drive-In, along with the Strand Theatre, Cataract Theatre and Rapids Theatre which were all in Niagara County. The Starlite Drive-In was closed in 1981.

The site of the Starlite Drive-In is now the parking lot for Wegmans grocery store.

Approx. address for this drive-in was 1593 Military Rd.