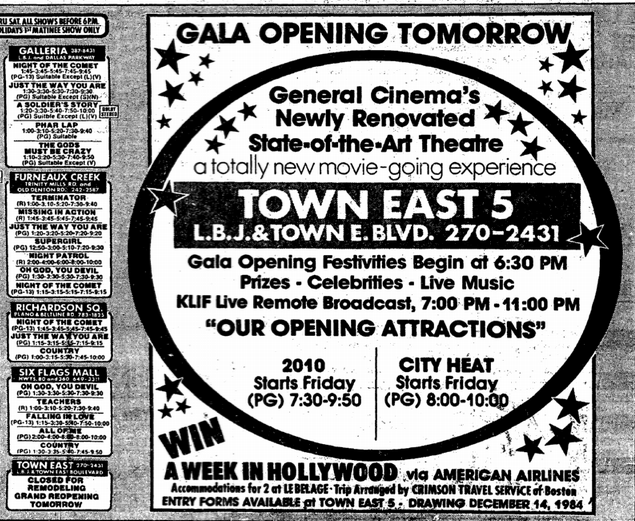 On December 17, 1982, the Town East went from a two-screen to a five-screen operation. However, the design left much to be desired and corporate took action. In 1984, the Town East was closed and totally gutted becoming a prototype for many almost identical theaters which General Cinema would create or retrofit. The five-screen prototype theater would launch December 7, 1984 as reflected in this ad.