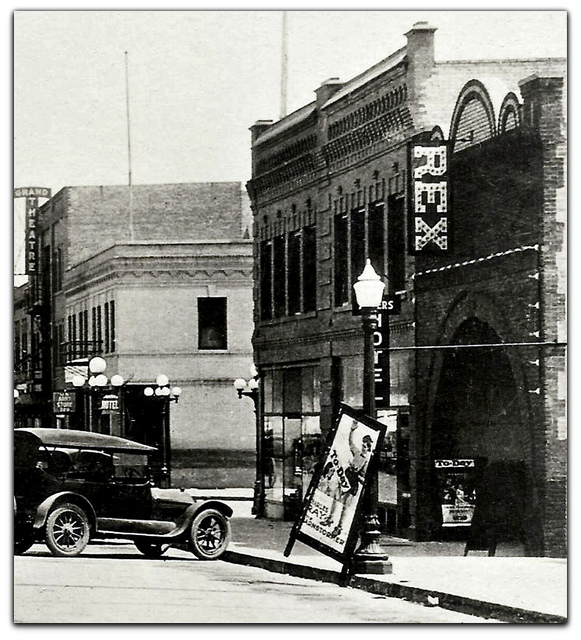 The Brinkman Theatre was opened prior to 1911. In 1915 it was renamed Grand Theatre. The Grand Theatre operated until at least 1922.

There were at least two theaters called the Grand in Bemidji. There was a Grand Theatre advertised in the local newspaper as early as 1911, along with a Brinkman Theatre and a Majestic Theatre.

The August 21, 1915, issue of The Moving Picture World said that J. H. French had sold the Grand Theatre building in Bemidji to A. T. Carlson. This item might have referred to the first Grand Theatre, which presumably closed when the new Grand opened.

In the address field, Third Street needs to be followed by NW. There are two different Third Streets in Bemidji, and Google Maps is sticking its pin icon on the wrong one.

The Grand Theater on Third Street was definitely the second house of that name, and thus was the house that had originally been called the Brinkman Theatre. An item in the December 16, 1911, issue of the Bemidji Daily Pioneer gives the address of the first Grand, which was opening that night, as 317 Beltrami Avenue.

Also, the second Grand was in operation at least as late as the end of 1922, when the December 30 issue of the Daily Pioneer announced that the movie version of the popular play The Hottentot would be shown at the Grand the following day.

From the early 1900s a photo postcard image of the Grand Theater in Bemidji.