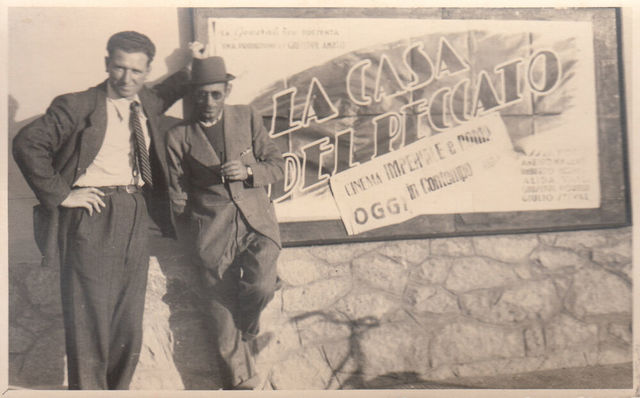 Located in a narrow side street off the Via del Corso. The Cinema Imperiale was opened on 3rd November 1923. It was closed in the 1950’s, and is now in use as a trendy boutique shop.

Was this the same place as the Cinema Bernini? That also had a Via Borgognona address.

Gerald, It could be? The book where I got the initial information on “Luoghi Architecture del Cinema in Italia” (2010) only mentions the Imperiale name.

I have an ad for a movie playing at both the Bernini and Barberini in the fascist era. No exact address given for the Bernini. The Barberini is still around.

The May 18, 1940 edition of the Rome newspaper “Il Messaggero” lists the Imperiale and Bernini as separate cinemas. It lists what was playing in each of those two places. The webpage www.cartesio-episteme.net/cinema says the Bernini was on Via Borgognona. It says the Imperiale was on Via del Corso.

Rossellini’s landmark film “Paisa'” (Paisan) had its opening run beginning here on March 8, 1947 after a premiere gala the day before at the Capranichetta. It ran here and at the Capranica.

On May 18, 1940, according to a listing in Il Messaggero, the Imperiale was showing “Avventuriera” with Edwige Feuillere. This was the French “J'etais une aventuriere” from 1938.