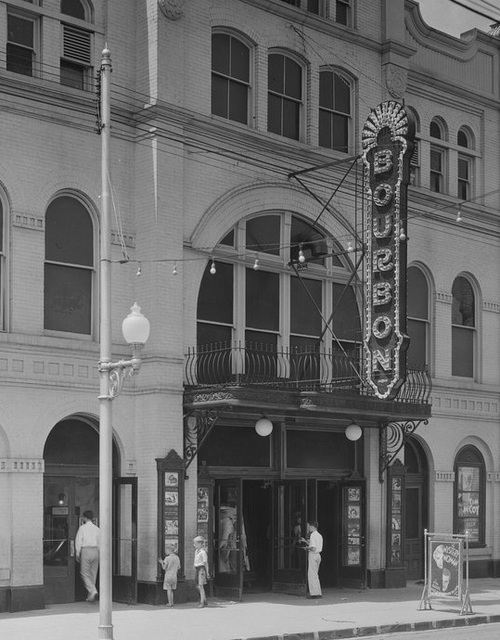 The Grand Opera House was opened in 1900. It was renamed Bourbon Theatre in 1930. In 1941 the Bourbon Theatre was operated by the Schine Circuit. It was closed in 1955, but was used for special events until 1961 when it was demolished.

Given the size of the building, and its Victorian style, I wonder if the Bourbon Theatre wasn’t the Grand Opera House, built around 1890, and later operated as the Grand or Paris Grand Theatre?

Paris also had a movie house opened in 1910 as the Comet Theatre. Later there was a Columbia Theatre, operating around 1913 to 1917, and later still an Alamo Theatre,open at least as late as 1922. These three might all have been the same house.

I’ve also found references to a Marigold Theatre, possibly built around 1920. Information about the theaters in Paris is extremely sparse on the Internet.