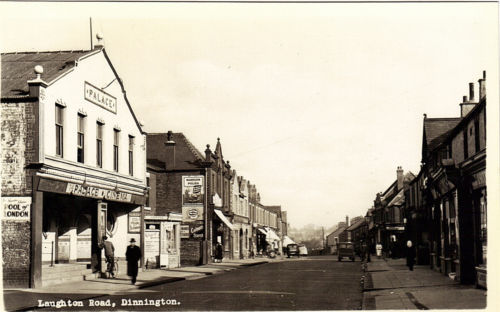 Located in Dinnington, to the east of Sheffield, South Yorkshire. The Palace Cinema was opened by August 1914 by John England. In the early days live acts appeared on stage between films. It was operated in 1937 by Dinnington Palace Ltd. The proscenium was 23 feet wide. There was a dance hall attached to the cinema.

The Palace Cinema was still open in 1954, operated by D.P.L Ltd. of Keighley, but had closed by 1963. It was converted into a supermarket, in 2010 the building is in use as a Superdrug store and a Happit store.