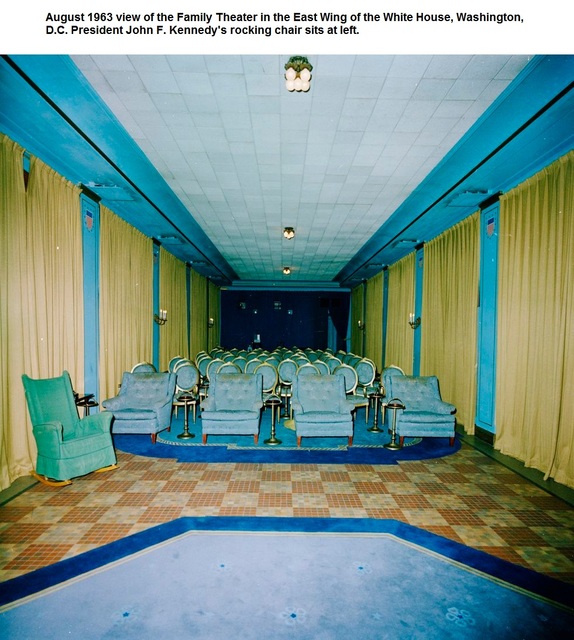 The February 25, 2011 issue of the Washingtonian Magazine had a great story on it. The article covered the viewing habits and favorite movies of the current and former patrons of the 40-seat theater, built in 1942.

To view photos of how the theater decor has changed over the years and the presidents, personalities and public who have visited it go to: whitehousemuseum.org. It is found under East Wing.