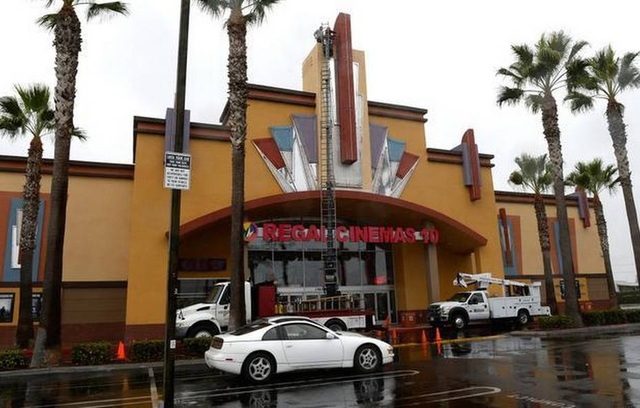 The Festival Cinemas, operated by Festival Cinemas, opened on December 15, 1978 with six screens ranging from 300 to 600 seats. Their newspaper ad said that “Superman” would be playing on four screens. In June of 1986 the Modesto Bee announced that a planned $1 million remodeling, in addition to technical and other upgrades, would increase the number of screens to ten. On December 5, 1986 their ad proclaimed that four new screens with 35/70mm projection were open. One of the opening attractions was “Star Trek IV”, which played on two screens.

In 1993 the Bee mentioned that the Festival Cinemas was now being operated by Mann Theatres.

By 2000 the Festival 10 was still open and operated by WestStar Cinemas, which the Bee said was formerly called Mann Theatres before its purchase and renaming by an investment firm. WestStar was going through bankruptcy and they were considering selling all of their theaters.

As an interesting side note the Bee said that Ted Mann, the owner of Mann Theatres until 1986, was the grandfather of John Brenden of Brenden Theatres, which, opened a multiplex in downtown Modesto in 1999.

In 2000 Signature Theatres purchased the Festival, rebuilt it with stadium seating and numerous upgrades and reopened it on April 13, 2001. Since October of 2004 it has been operated by Regal Cinemas, who acquired Signature Theatres.

The rebuilding of this Modesto house as a 10-screen multiplex with stadium seating in 2001 was designed for Signature Theatres by the San Francisco architectural firm Uesugi & Associates.