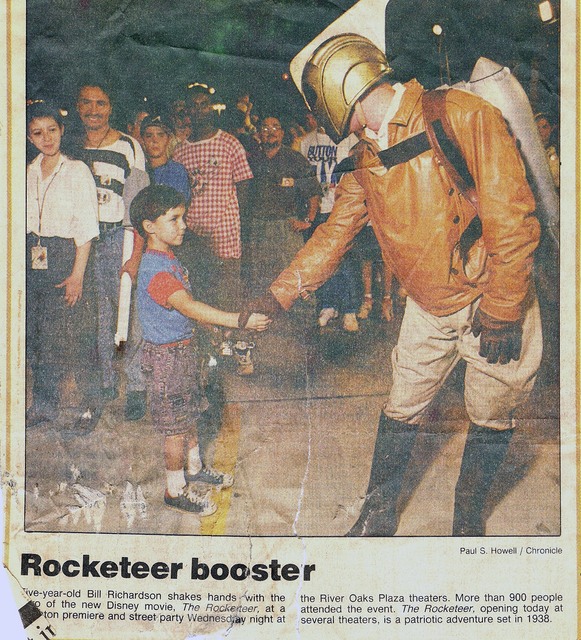 Operated by Cineplex Odeon, the River Oaks Plaza was opened in 1990 in a shopping center just down the road from Landmark’s River Oaks Theatre. It was basically two, 6-screen cinemas on two levels. There was a box office located on either side of the entrance, but the left one was only used during busy times. After entering and having you ticket torn, you either walked down a few stairs for the lower screens or took an escalator to the upper level. Each level had a large concession stand, but during slow times, only the lower one was open.

When built, this cinema was advertised as the first new cinema built inside ‘The (610) Loop’ in many years. The shopping center had a few restaurants a TJ Max and an Office Depot, who’s customers had to compete for parking when the cinema was busy. There was a multi-level parking deck behind the shopping center, but most people preferred to park in front. The reason why the cinema closed in 2001 is unclear, but it could have been due to the parking situation, the building of Edward’s Grand Palace 24 about three miles away, and of course the bankruptcy of Cineplex-Odeon.

As it opened in 1990, the River Oaks Plaza 12 must have been designed in the office of architect David K. Mesbur, who was the exclusive designer for Cineplex Odeon from 1983 through 1990.

The map needs correction. The location was on the north side of WEST Gray between Dunlavy St. and Waugh Dr.

Now this was a great theater! Someone needs to post some pictures of this theater.

I remember seeing Pokemon: The First Movie at the Cineplex Odeon River Oaks about a year before it closed. I believe I also saw an Alien film here a few years before, but I don’t remember.

Here are some movies I saw at this theater: Richie Rich, Independence Day, Star Wars: A New Hope, The Empire Strikes Back, Antz, Star Trek: Insurrection, and Mighty Joe Young (1998). The latter was also the last movie I ever saw at this theater.

I may have seen other movies at this theatre besides the ones I mentioned, but they escape me at this time.