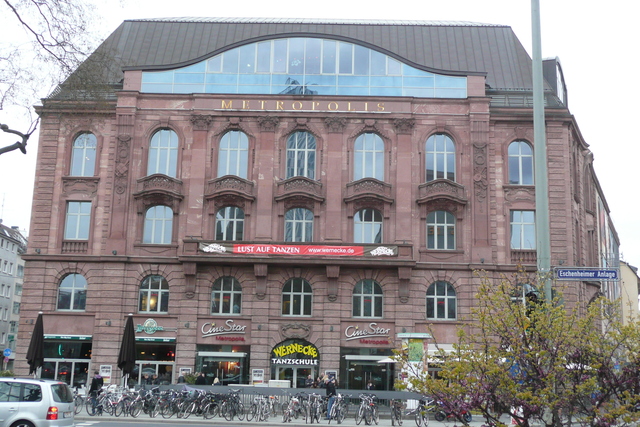 Since the closure of the nearby Turmpalast in 2010, this cinema shows a few films each week in the original English language version.

It was built within the shell of the “Volksbildungsheim” - the National Education home, which is a Listed building. It was estimated to cost €50m to build.