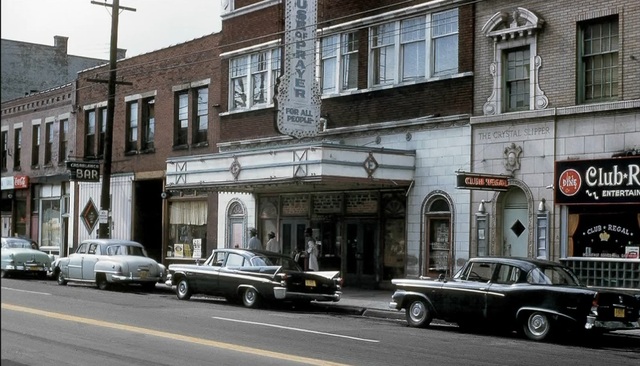 A paragraph in the March 6, 1920, edition of the Cleveland Advocate briefly describes the opening of the Empress Theater in Columbus:

COLUMBUS, O., March 4. – The Empress Theater, the new $50,000 movie theater just completed in East Long street, and owned and conducted by two colored men, J. Ernest Williams and J. Albert Jackson, opened its doors to the public today, a tremendous rush of people clamoring for admission. It is a beautiful playhouse, with all modern accessories. A feature of the opening was the attendance of the L'Llegro Club in a body, followed by a club banquet at Brassfield’s cafe.

Theater was a church in its later years.

the Empress Theatre had a Wurlitzer model 135F theatre pipe organ (I don’t know what the “F” suffix means, but a 135 was a two manual, four rank piano console instrument), Opus 381, installed on January 7, 1921.

This organ was later repossessed by Wurlitzer, and a three manual, 12 rank Robert Morton theatre pipe organ (style 23N, opus 2401) was installed in the theatre in 1928.

I don’t know what happened to Wurlitzer Opus 381 after it was repossessed by the company, but the Robert-Morton organ opus 2401 was moved to a private residence in Cincinnati and expanded to 15 ranks, where it was playing as of October 25, 1998. I don’t know it’s current status.

Further per the database, in-between the Wurlitzer 135F and the Robert-Morton 23N, the Empress had a Wurlitzer D Special theatre pipe organ (the standard model D had two manuals and six ranks, and a horseshoe console; this D special may have had an extra rank, or percussion, or something), opus 837, installed on May 29, 1924.

This is likely the instrument the theatre owners purchased as a trade-up from the old 135F organ, which is why the former was repossessed by Wurlitzer (taken in on trade).

This makes for a natural progression of instruments:

I don’t know what happened to the Wurlitzer D Special opus 837, perhaps someone else does?

Apparently this was right across the street from the Lincoln. Does anyone know what is there now? Was the whole block demolished?

According to Google Maps, the block is now a parking area.