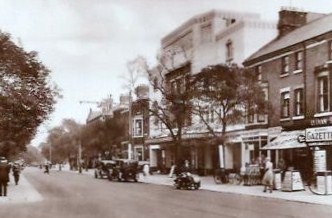 Located in Lytham near St. Annes, just to the south of Blackpool, Lancashire. The Palace Cinema was built in 1929 by the Blackpool Tower Co. Ltd. The exterior of the building was faced in white stone and had a large centrally placed window above the entrance. It opened in 1930 and had seating provided in stalls and circle levels. The proscenium was 32 feet wide, and the cinema was equipped with a Western Electric sound system. The Palace Cinema also had a cafe.

The Palace Cinema was still open in 1954, but was closed in the late-1950’s. It was sold to a developer, and was demolished. Today a branch of Boots & Tesco Express occupy the site.