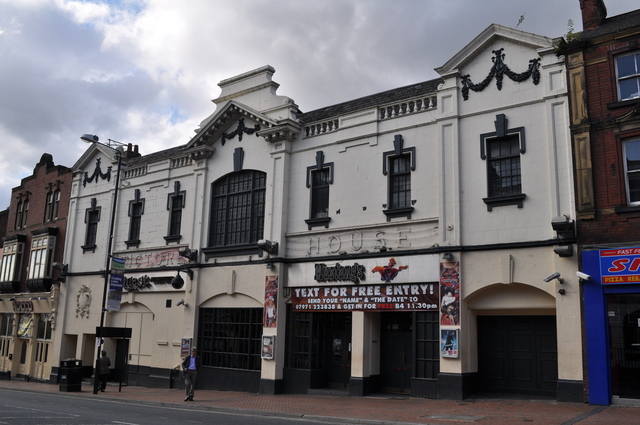 The Playhouse Wakefield opened as a cinema called the Picture House in 1913 and was designed by Albert Winstanley. It was built on the instructions of Sydney Tolfree, seated 1,400 and cost £13,000. It had a small stage and orchestra pit.

The Picture House had a simple auditorium with a single balcony that extended down the side almost to the stage wall.

The name was changed not long after opening but the Picturehouse name was still emblazoned across the frontage. It was the first of Wakefield’s cinemas to be equipped for sound and “The Singing Fool” began its run here on the 8th July 1929.

Used primarily as a cinema it was sold to Classic Cinemas chain and closed around the mid-1980’s. It has subsequently been used for a skateboard centre and a club.

Little of the features in the auditorium survive but the splendid façade has been restored. By 2009, it was in use as a nighclub named Quest and pub name Mustang Sally’s.

The previous nightclubs have been closed and once again it’s being ‘reconstructed’ into another nightclub.