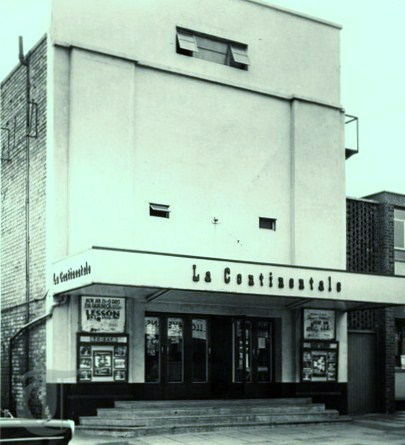 Located in the Earlsdon district of Coventry. The Imperial Picture Palace was opened on 5th December 1911. It was built by Augustos Pell and was designed by architect J.H. Gilbert. The attractive facade had an alcove on each side of the entrance, each containing a small female statue. Seating was provided for 276, all on a single level.

In 1926, the cinema was closed and was enlarged, increasing the length of the auditorium and adding a second level, which included a balcony. The seating capacity was now 450.

The Imperial Picture Palace was closed on 14th November 1940 when the city suffered heavy German bombing. Damage was caused to the right-hand side wall of the building, and it remained closed for the duration of World War II.

Repairs were carried out in 1946, and the Imperial Picture Palace was re-opened on 22nd October 1946 with Rita Hayworth in “Cover Girl” and Richard Dix in “Marked Man”.

In 1950, the cinema was spruced up and began screening continintal films, and was re-named Imperial Continental Cinema when it reopened on 4th July 1950 with “The Miracle”. In 1956, with a change of name to La Continentale Cinema, the exterior was modernised to the plans of Modernisation Ltd, and they also modernised the interior in 1957 when CinemaScope was installed.

In 1958, due to competition from the Paris Cinema which also screened ‘Continental’ films, the La Continentale Cinema went over to screening un-rated ‘Continental’ films to members only, as it became the Moulin Rouge Cinema Club. It was closed in February 1963, and the building was demolished in July 1965. A block of shops was built on the site.

1946 grand opening ad has been published in the photo section.