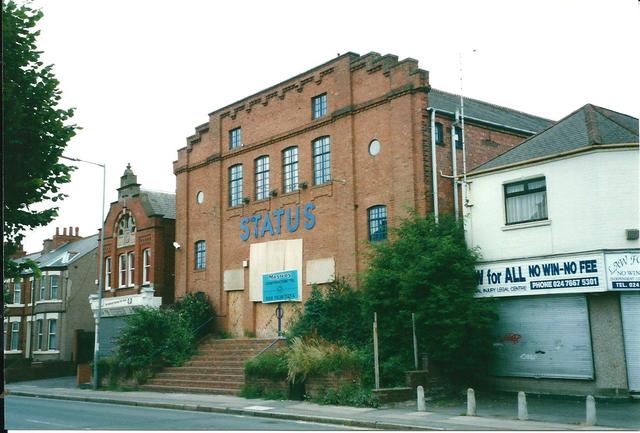 Located in the Earlsdon district of Coventry, on the corner of Albany Road and Winifred Avenue. The Broadway Cinema was opened on 6th November 1922 with “The Game of Life”. It was built for Augustus Pell.

Seating was provided for 547 in the stalls and 244 in the circle. Interior decorations were carried out by F. Clark & Co. of Earlsdon, and included an ‘Old English’ brick fireplace in the foyer and painted panels on the side walls of the auditorium.

It was taken over by Charles Orr in 1934 and in 1939, the Oscar Deutsch chain of Odeon Theatres Ltd. took over. The Astoria Cinema was closed on 14th November 1940, when the city was blitzed by German bombs, causing the power to be cut off. The electricity supply was restored on 22nd December 1940, and the cinema re-opened.

In 1955, the Rank Organisation leased the Astoria Cinema to an independent operator and it was closed in May 1959. The building became a warehouse for Wades furniture stores until April 1990. It was then converted into an audio-visual showroom, retaining much of the original decorative details. In the 2000’s it became the Nexus Music Academy.