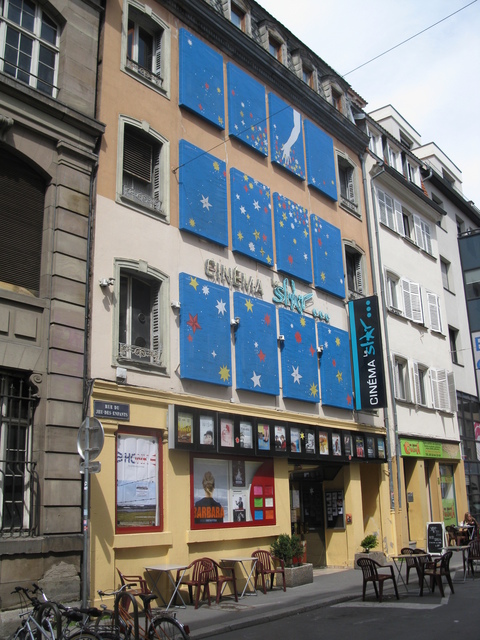 Located in the centre of Strasboug. The Cinema Star had 4 auditoriums. The films that are shown are art films and they are shown in their original language.

In 2011, the cinema became endangered due to increasing rent. Appeals were made to the town for assistance. Other central cinemas closed after the town provided assistance for the opening in 2000 of the 22-screen UGC, which is located outside the city centre.