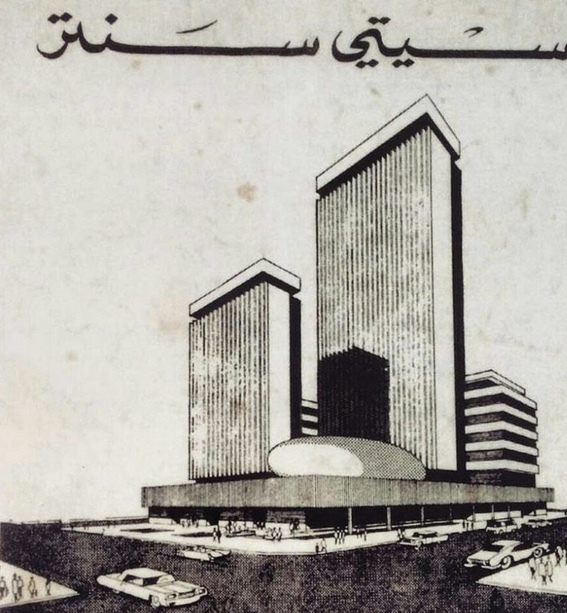 Famously called ‘The Egg’, the oval shaped movie theatre was part of the World Trade Center housed in the Beirut City Centre Building in downtown Beirut, Lebanon. Plans were drawn for twin office towers, as at the New York World Trade Center, but only one tower was built and that has now been demolished. Between the towers was a shopping centre (the first in Beirut), and perched on top of the shopping centre is probably the world’s most unusual designed cinema, in the shape of an egg.

The concrete structure was built as a 1,000-seat cinema in 1965, designed by Lebanese ‘modernist’ architect Joseph Phillippe Karem, who designed the entire project. In recent years, the building, battered by years of civil war, has been used as an alternative cultural venue, for raves, temporary art exhibitions and experimental theatre programmes.

It is currently owned by a real estate development company, and a large group of citizens are trying to make sure it doesn’t get demolished. It is one of the last original structures remaining from pre-war Beirut. I really hope that it is saved.