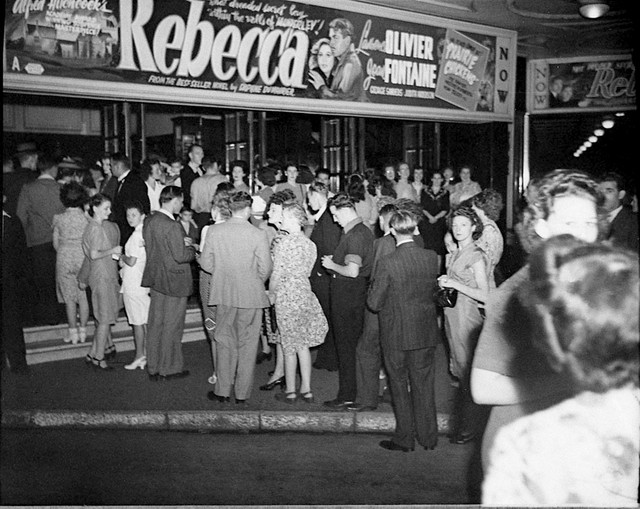 In the 1920’s, the Haymarket area of central Sydney was thought to be ripe for the development of live theatres. It had the Empire Theatre, the Capitol Theatre, the Lyric Theatre, the Tivoli Theatre and the Barclay Theatre, all large capacity houses.

The Empire Theatre was built diagonally on its cramped site and never had the facilities a first class live theatre should have. It opened on 26th February 1927 with a production of “Sunny”, but within two years had switched to films. It was sold to Empire Talkies Ltd., a division of General Theatres Corporation. It ran as a cinema associated with Hoyts as a major first release house until 1948.

The Capitol Theatre, Lyric Theatre and Barclay Theatre were now cinemas and there was a demand for large live theatre. The Empire Theatre briefly joined the Tivoli variety circuit before being bought by J.C. Williamson.

The Empire Theatre became the home of practically all the big Broadway musicals and was renamed Her Majesty’s Theatre on 21st May 1960, presenting “My Fair Lady” on its stage.

In 1970 it was leased to the Elizabethan Theatre Trust and was destroyed by fire early in the morning of 31st July 1970. Three years later, on 30th November 1973, a smaller version of Her Majesty’s Theatre was opened as part of the redeveloped site, presenting “A Little Night Music”.