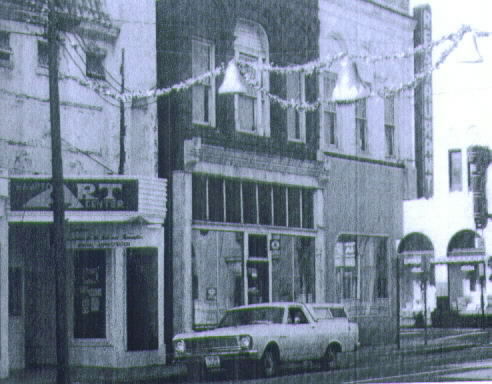 The Apollo Theatre was opened August 15, 1915. It was closed June 8, 1932. On February 2, 1940 it reopened as the Rex Theatre with Gene Aurty in “Colorado Sunset” and the 3 Stooges in “Saved By The Bell”. It was operated by Paramount Pictures Inc. through their subsidiary Hunter Perry. It was still open in 1950, and played mostly B movies, especially westerns. It was closed March 2, 1951.

After closing in was used as a meeting place for Youth For Christ.

Anyone have an address, photos, both inside and out and more info?

The Rex opened at the same location on Feb. 2, 1940 and operated until March 2, 1951 showing mostly B-western movies.

After closing this building served as a site for the Peninsula Youth for Christ and later as the Hampton City Arts Center.

It is now demolished and a bank sits on this property.