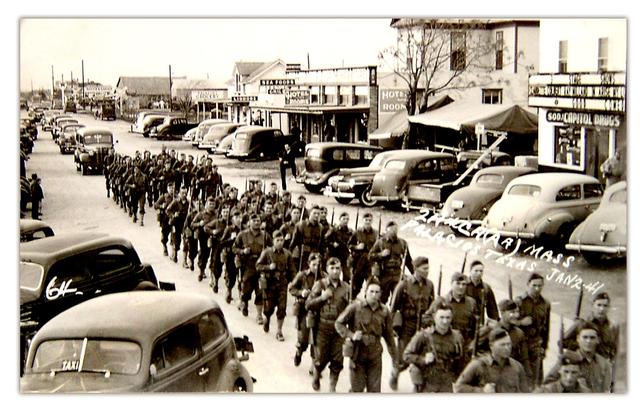 From 1941 a photo postcard view of the Capitol in Palacious.

In 1940, the Johnny G. Long Theatre Circuit – which already had the Queen – raced with the Isley Circuit to open a new theatre in Palacios as a new Army training camp was about to open. Isley opened the Granada Theatre on November 27, 1940 and Long would launch the Long / Capitol Theatre launched November 28, 1940 with the film, “Seven Sinners” starring Marlene Dietrich. Long took over the Granada and refurbished the Queen as the Hollywood to have a local monopoly in film exhibition.