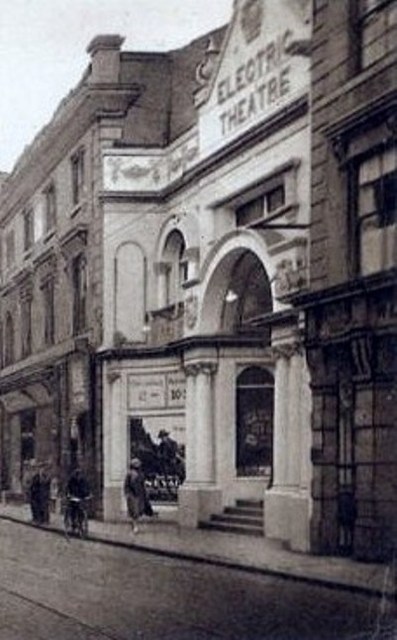 The Electric Theatre was opened on 25th October 1910 with Mabel Normand in “The Indiscretions of Betty”. It was designed by architect Thomas Jenkins for National Electric Theatres Ltd. and had 750 seats.

In 1928, it was taken over by Gaumont British Theatres chain and was closed for the auditorium to be reconstructed. The Electric Theatre re-opened on 10th September 1928 with an increased seating capacity for 1,025, later increased to 1,050 by 1941. The cinema had a cafe attached.

It was re-named Gaumont on 28th November 1949, and was closed on 29th May 1956. The building housed a shop in the former foyer, and the auditorium was derelict after being used as a warehouse and then a nightclub. Since at least 2003 the foyer has been in use as an amusement arcade.