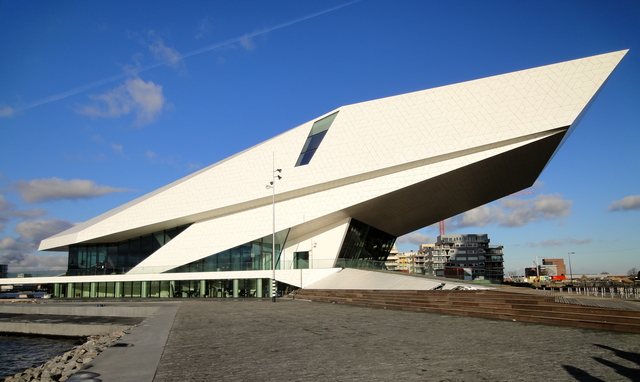 The EYE Film Institute Netherlands- Film Museum opened to the public on 5th April 2012, replacing the old Nederlands Film Museum facility in Vondelpark which had operated since 1974 in the historic Vondelpark Pavilion. The new custom built building overlooks the IJ harbor behind Amsterdam Central Station. This new location is in Overhoeks, Amsterdam’s new urban district named after the Overhoeks Tower on the former Shell research site.

There are two large exhibition areas, workrooms, a film lab, a shop, and a cafe.

Queen Beatrix presided over a special opening of the EYE on 3rd April 2012. It cost forty million euros to build.

Exterior and interior photographs from the time of construction, December 2011.