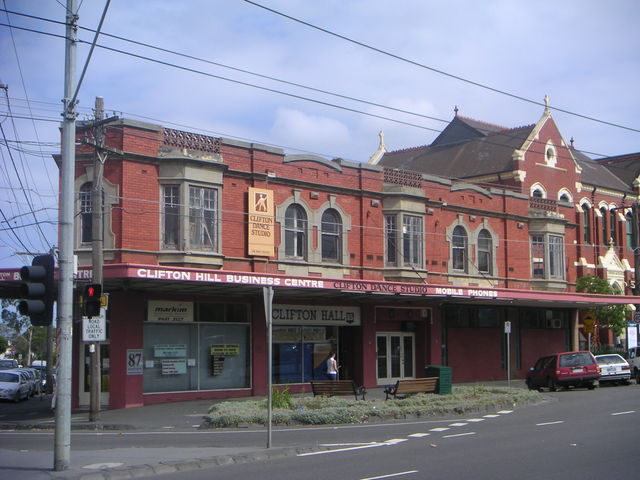 Located in the Clifton Hill district of Melbourne. The Hoyts Clifton Hill Cinema was operating prior to 1946.

In around 1960, it became the Cinema Italia, which closed in 1974. It became a community centre and dance studio. By 2009, it had been demolished internally, and only the facade remained.