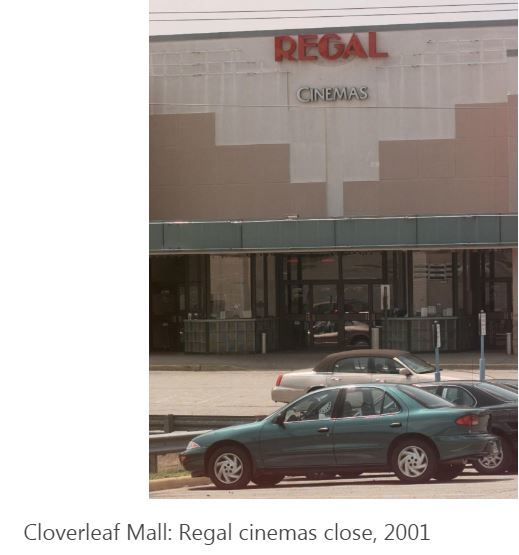 The mall was the first large scale indoor mall in Richmond, it was “The Shopping Center of Richmond” and had a Sears, the East Coast’s largest JC Penny, Thalhimers which later became a Hechts (May Co.) and over 75 other stores.

The entire mall closed in 2008, and as I write this in April of 2012, this once premier shopping destination in the Richmond area is being demolished. At the same time the largest Kroger Market Place Store in the Mid-Atlantic region is being built on the site. Also to be built is retail, restaurants, offices and 350 multi-family residences. You will never know Cloverleaf Mall or the cinemas were on the site! The only thing being left is the Bank of America building. The new name is Stonebridge.

There were two J.C. Penney stores that were the largest on the East Coast,mainly in the South. Clover Mall was one that opened in 1972….

The one that was the largest in the South was the Penney’s at North Hills in Raleigh that opened in 1966.

PLEASE CHANGE NAME OF CINEMA TO:

A picture taken after the theater’s closing: View link

In August 1991 there was a shootout inside the lobby of the theater between two groups that got into a dispute during a showing of the movie “Mobsters.” With the much safer Chesterfield Towne Center mall theater not far away, most patrons abandoned the Cloverleaf. In 1996 there was an extensively reported double homicide at another store in the mall that further damaged the facility’s reputation. In its last years the lightly attended 8-plex operated with one manager and one employee on duty at a time, covering ticketing, concessions, and projection. 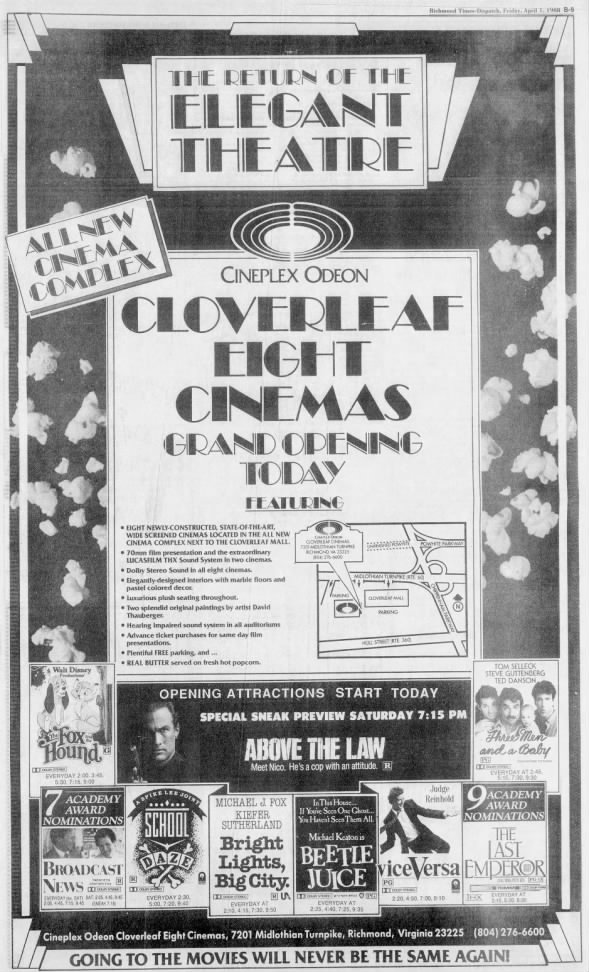 Also uploaded the David Thauberger of Regina, SK artwork in the lobby. What happened with it? 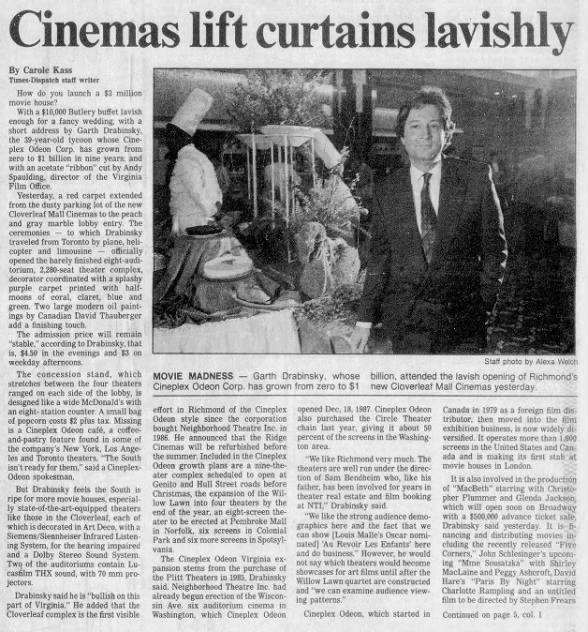