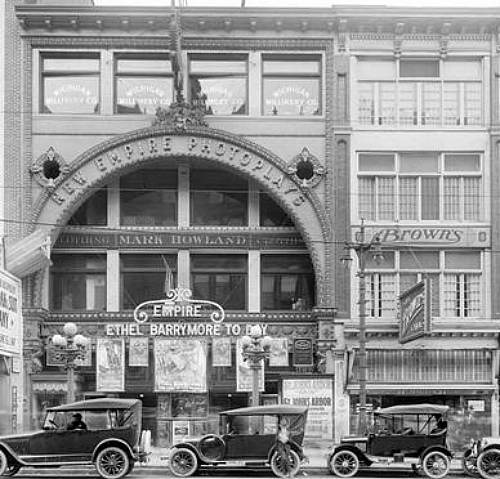 Located in downtown Detroit on Woodward Avenue. This was the second Empire Theatre to operate in the city, the first was Campbell’s Empire Theatre on W. Lafayette Boulevard.

This New Empire Photoplays Theatre opened as a silent movie theatre in 1910, and closed in 1923.

A picture of the theater from the Wayne State University Archives: View link

This house apparently opened as the New Empire Theatre, as that was how it was still styled in an item in the August 29, 1914 issue of Moving Picture World. At that time the house was showing feature films on Fridays and Mondays and four reels of movies from the General Film Company the rest of the week, with daily changes of program. The New Empire maintained a six-piece orchestra as well as a pipe organ.