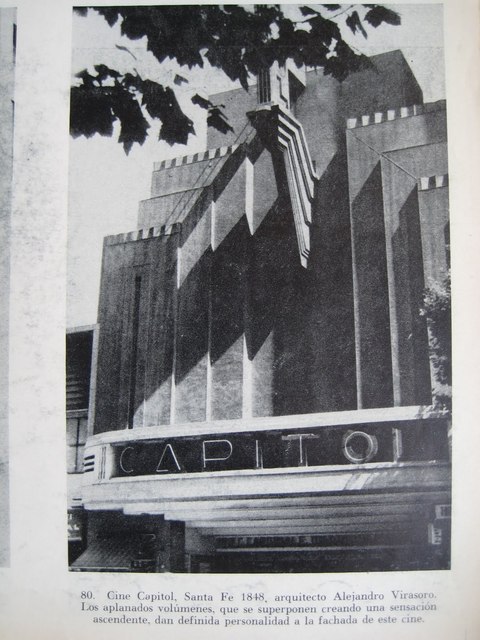 One of the important cinemas of Barrio Norte district. The Cine Capitol opened in 1914. It was first remodeled in a stunning Art Deco style by Alejandro Virasoro in 1932 when the street became an avenue, and was modernised again in 1998. It was closed and demolished in 1999.

It stood adjacent to the magnificent Cine Teatro Grand Splendid (which today is El Ateneo, possibly the most lavish bookstore in the world).